Our bodies are made up of cells, and each cell contains around 20,000–25,000 genes.1,2 Genes are part of our DNA, the unique material inside all of our cells that is the molecular code for everything in our bodies. They are a set of instructions that determine our individual characteristics, such as eye colour and hair colour.2,3

Genes also contain the instructions for making proteins, which are the building blocks for everything in the body and are very important for keeping our bodies working properly.3 Everyone inherits two copies of each gene, one from each parent.2

Sometimes, a gene might have a change in it that causes it to behave differently to a normal gene. This change is called a mutation.4

Cystic fibrosis (CF) is a disease people are born with. It is a genetic disease, meaning it is inherited from your parents.3 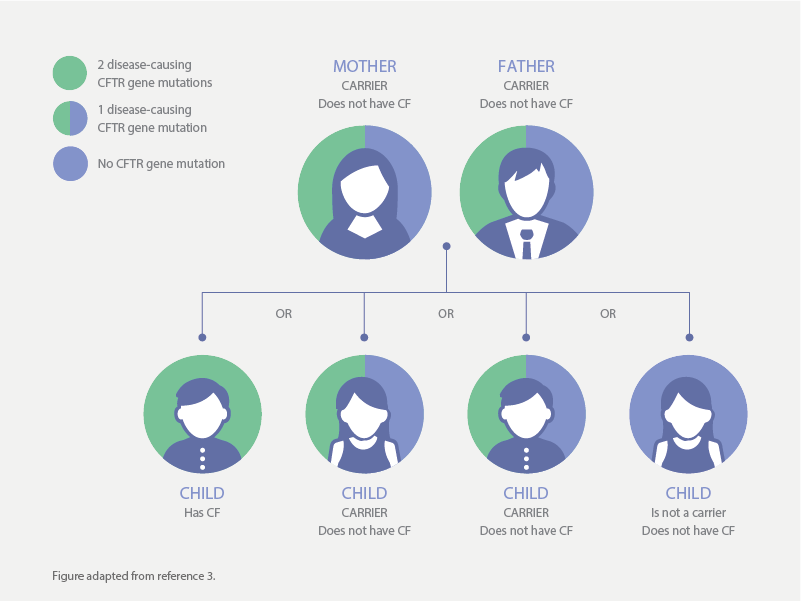 There are many different types of CFTR gene mutations

The type of CFTR gene mutations you have is called your ‘genotype’, and this is something your doctor should know and be able to tell you.